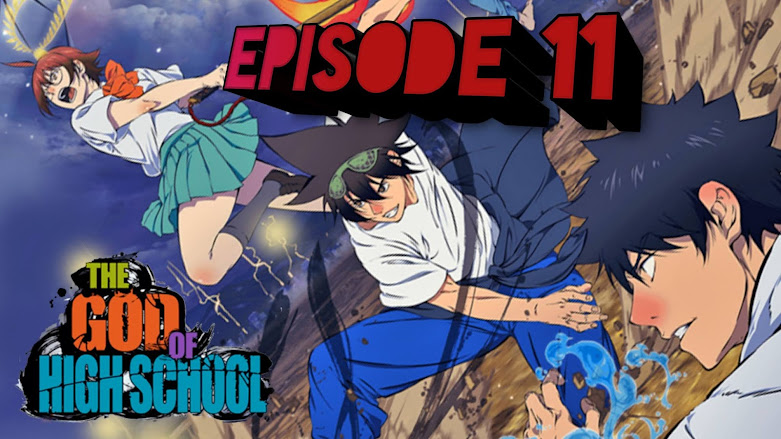 The latest trailer for The God of High School promises viewers a supercharged end to the anime’s first season. Judging by Episode 11, « lay/key, » the series is on track to deliver, as the history of Park Ilpyo’s « Key » form is revealed; Jeon Jugok becomes a cannibalistic abomination and, after weeks of teasing, Jin Mori’s true power is finally unleashed. With all the chaos caused, the tournament’s organizer, Park Mujin, has no choice but to declare that « the God of High School is over, » ushering in a whole new chapter for a story supposedly centered around competitive martial artIs Mori’s awakening worth the build-up? Well, if you ask his opponent in this episode, Ilpyo, the answer would probably be a resounding yes — namely because the unlocking of Mori’s latent power very quickly upstages Ilpyo’s own.

In the last episode, Ilpyo was revealed to be the prophesized Key, someone whose power is great enough to challenge the vengeful God that Nox worships. Naturally, Nox want the Key gone while Mujin, who sides with the gods that Nox’s diety wants to wipe out, hopes to use the Key instead. Episode 11 offers some backstory: « In ancient, mythical times, there resided in Heaven a nine-tailed fox spirit that attained immense power after a thousand years of training. It was appointed as the guardian of the God who ruled in Heaven, a position from which it repelled countless crises. But then, even God himself began to fear the fox spirit, until, at last, he ordered its execution. Outraged at this betrayal, the fox spirit used its power to destroy half of Heaven, then descended to Earth. Once it had exhausted all of its power, the fox spirit swore revenge on God, as it fell into a long sleep. » That mighty kitsune that put the fear of God in God now resides in Ilpyo’s body as he squares off against Mori in the semi-final round.s.

The God of High School Episode 11 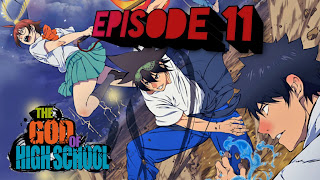