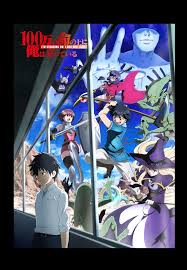 100-man no Inochi no Ue ni Ore wa Tatteiru’ centers on a schoolboy named Yotsuya Yuusuke, who along with his classmates, Shindou Iu and Hakozaki Kusue, gets transported to a mysterious, fantastical land. The new world he finds himself in is utterly bereft of humans and is ruled by mythological beings. As he and his friends delve deeper into this strange land, they run into a girl who claims to be the Game Master. Sporting witch-like clothes and abilities, she offers them a time-bound quest. This marks the inception of their adventure in their new world.

Regardless of whether you’re a newbie to anime or a connoisseur, you probably know all about Isekai anime by now. Now I don’t have against Isekai anime. The genre comprises some of the best anime of our time, and I need not explain why. But at the same time, the genre is now over-crowded with so many similar anime that one can help but get bored of it. Since ‘100-man no Inochi no Ue ni Ore wa Tatteiru’ is another addition to Isekai, we’re hoping that it’ll be better than the deluge of content that rests in the genre 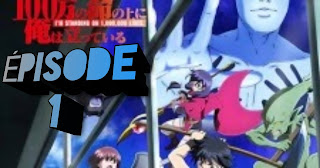