Switch to the dark mode that's kinder on your eyes at night time.

Switch to the light mode that's kinder on your eyes at day time.

1. Chapter 987 Predictions
Chapter 985 showed a major revelation – Kaido’s new plan to use Wano as a natural fortress for waging war against the entire world. This has massive implications to the storyline and will certainly define the next few years of the series.
I. Ace’s Flashback
During the Paramount War, we found out that Ace had been to Wano. During the first act of Wano, we found out that Tama had met Ace during his stay in Wano. And now, we find out that Kaido’s “Son” had also been in contact with Ace.
Portgas D. Ace | Source: One Piece Wiki – Fandom
This could be a great time to switch into flashback mode and watch Yamato narrate Ace’s visit to Wano for Luffy. This will shed some light on their relationship, and the reason why Whitebeard hadn’t helped Oden during the turmoil in Wano.
II. Kaido’s Family
Yamato’s face was seen for the first time in chapter 984. He claims to be Luffy’s ally and he says that he has waited for Luffy “all this time”. We also found out that Yamato has been imprisoned on Onigashima by his father – Kaido, due to his strong admiration for Kozuki Oden.
There is definitely more to Kaido’s past with Yamato and bits and pieces of information will surely be scattered throughout the Wano arc in relation to it.
READ:  Will Luffy defeat Kaido? How will he defeat him?
III. Momonosuke’s Execution
Momonosuke is currently about to be executed in the Performance Floor of Onigashima’s Skull Dome. Nami and her group have already reached the platform and have been captured by Big Mom. Robin, Jinbei & many other members of the Rebellion Army are present as well.
Momonosuke Oden | Source: TOEI Animation
Chapter 986 ended with the Red Scabbards & Izo barging in from the back and going straight for Kaido. While there is no way that this is how Kaido dies, it marks the official start of the war as the attack on the King has begun.
Momonosuke’s execution was used as a great reason to bring everyone in the same location for this war to finally start. It is likely that Shinobu will use her Devil Fruit powers to decay Momonosuke’s execution stand and take him to safety.
2. Chapter 987 Release Date
Chapter 987 of the One Piece manga will be released on Sunday, August 9, 9:30 am PDT. The title for the upcoming chapter has not yet been released.
In the next chapter, we will be shown the fight between Akazaya Nine and Kaido. Momo’s execution has also been halted, so, we might see Luffy and Yamato saving him.
One Piece manga is published under Shonen Jump magazine, which is a weekly magazine that comes out every Sunday. 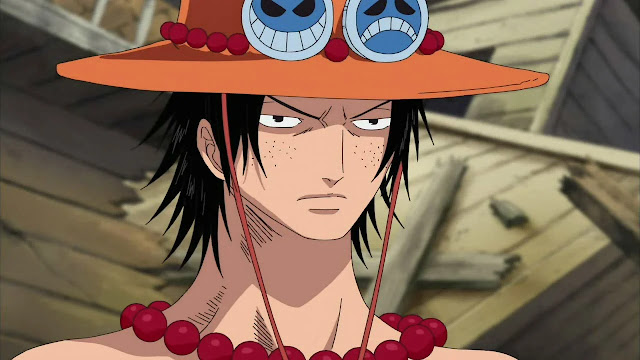 Get the best viral stories straight into your inbox!

What do you think?

Don’t miss out on new posts

© 2021 by bring the pixel. Remember to change this

Your password reset link appears to be invalid or expired.

To use social login you have to agree with the storage and handling of your data by this website. %privacy_policy%

Hey Friend!
Before You Go…

Get the best viral stories straight into your inbox before everyone else!

Don’t miss out on new posts!